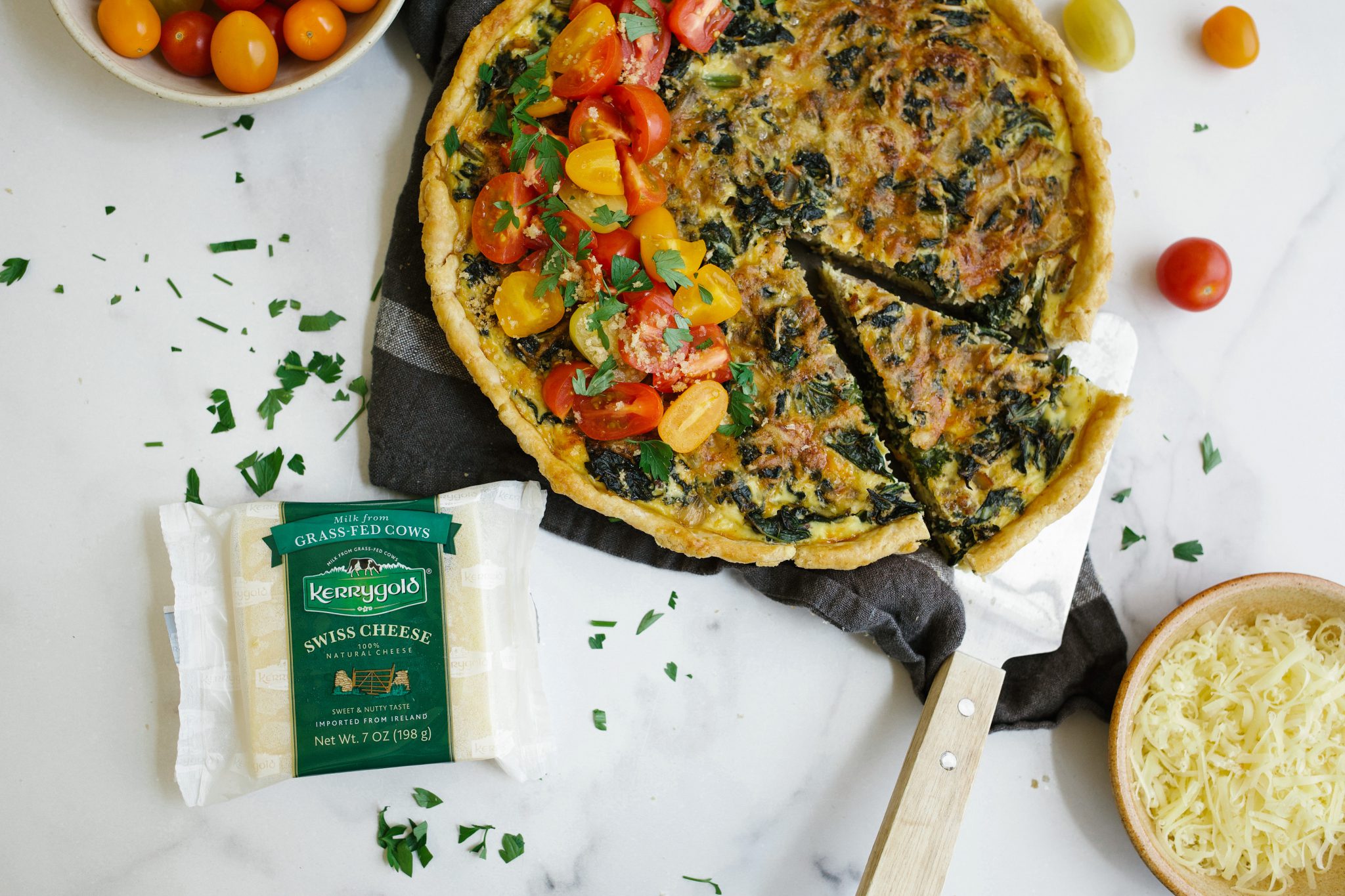 To prepare the dough:

To prepare the filling:

To prepare the quiche:

The egg wash is entirely optional. The brushed egg white serves as an extra layer of protection for the crust and the whisked whole egg helps with browning. Neither are necessary so feel free to skip this step if needed.